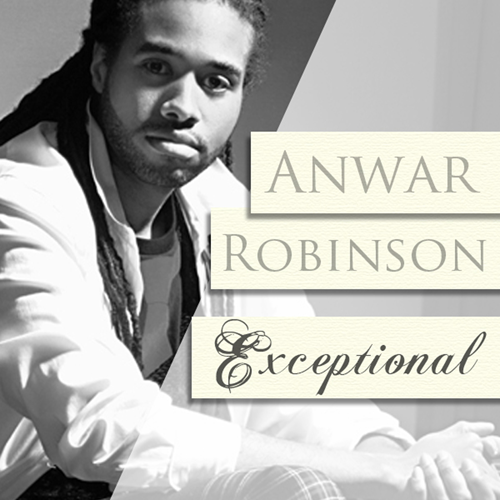 Long before Idol, Robinson attended Westimer Choir College of Rider Univeristy in Princeton for his vocal training. He was also signed with Clive Davis when he was a member of an R&B group called the A.R.T. of SOUL, but due to creative differences the group split and they were let out of there contracts. Robinson would become a music teacher for the New Jersey Public school system until an opportunity to be an Idol would come knocking. After auditioning in 2004 he became part of the Top 10 that season, he toured with American Idol to over 40 cities and performed in front of more than 50,000 people in North America at the end of season four.

Anwar may not have won American Idol; however, he has done very well for himself. He is the Vice Chairman of New Jersey’s United Way, “Celebrity Read Program”, and has toured with the international rock opera RENT in 2007-2008. The singer is also an actor, and has been in the independent film, “The Ski Trip 2: Friends and Lovers” by Maurice Jamal.

Okay folk, I honestly have not heard his album yet, BUT I have heard his single “Exceptional”- LOVE IT!!!!!

It’s a beautiful wedding song: full of strings, great vocals, and paints a very picturesque portrait of a very beautiful, loving, relationship that results in a marriage. This song is for all the real lovers out there; so, if you’re getting married and can’t think of your man or woman as exceptional – you may want to rethink things. I’ll probably be dancing to this song at my wedding- which will be years from now. I need to find someone that can deal with my humor, mood swings, writing rituals, obsessive blogging, and sinus problems- Yeah, loooong time before I get married. (Laughing, I’m just joking). Please enjoy the Music! Love to you all.